This year’s end of year concert was extremely special for us.  It was Doggie boy’s last year in the school and Tiger girl’s first year there. Both of them were performing on stage and we were thrilled to see them in action. 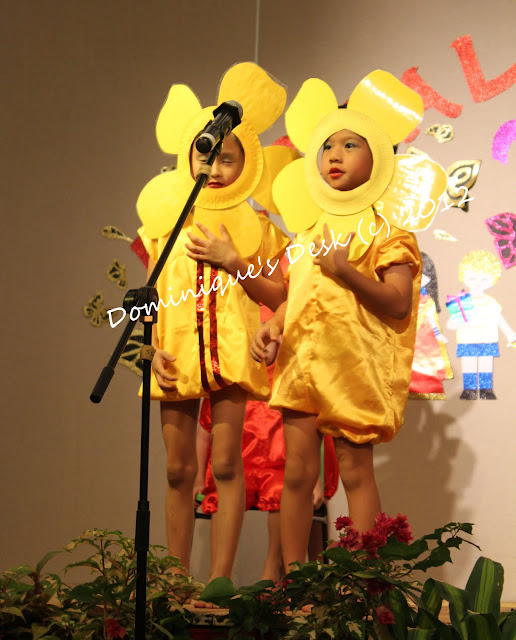 Doggie boy as a yellow flower

Doggie boy performed twice on stage. During the first performance he was a yellow flower as part of a Chinese Speech and Drama play which the K2 pupils put up. 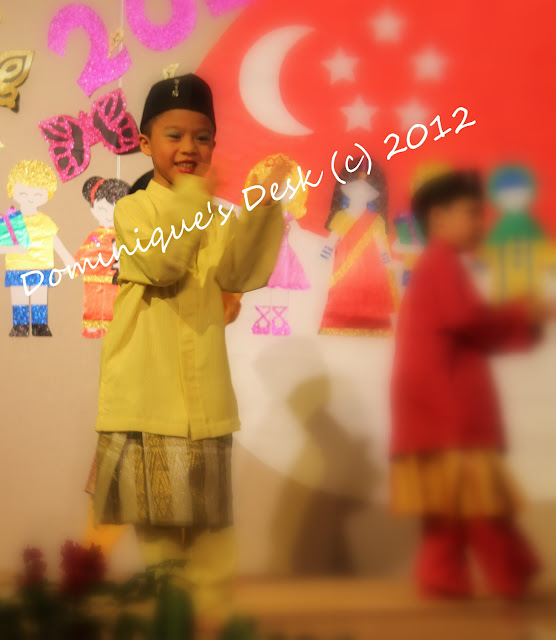 During his 2nd performance he was dressed in traditional Malay costume and did a traditional dance with the rest of his classmates. 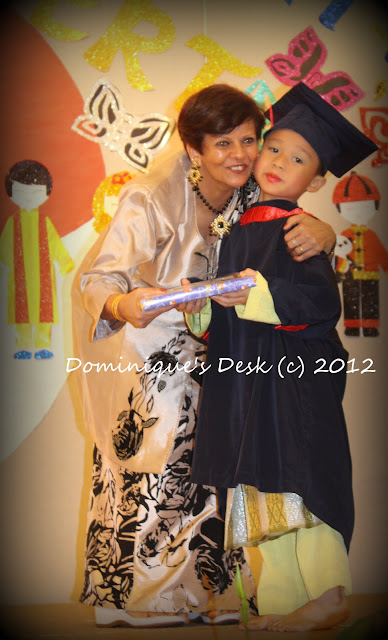 Doggie boy getting a kiss from his school principal as he receives his certificate for completing Kindergarten. One of the proud moments for him that night. 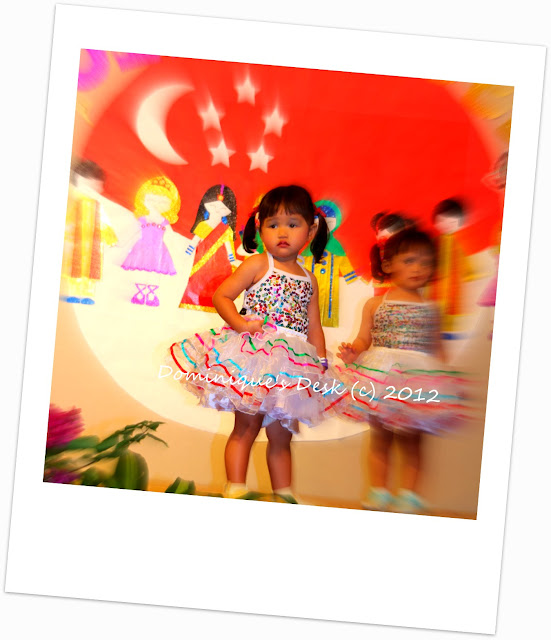 I managed to get a clip of her dancing. Really proud that she was able to follow instructions and participate actively in the dance.

Join in this week for another edition of Wordful Wednesday. Do drop your WW post link in the linky below.