Kidzania and other Friday Memes

Last Friday the boys were given a treat. We brought them to Kidzania in Seoul. I have been hearing about this place from friends who went to the newly opened branch in KL, Malaysia and wanted to let the boys try it out. It works out cheaper to bring them to the branch in Korea then Malaysia after the various exchange rates. The only drawback was that everything was in Korean and the boys will not understand the instructions given to them as many of the instructors there would not be able to speak in English. However I felt that language shouldn’t be much of a barrier for them as they could still follow by observing what the other kids were doing and go along with it. 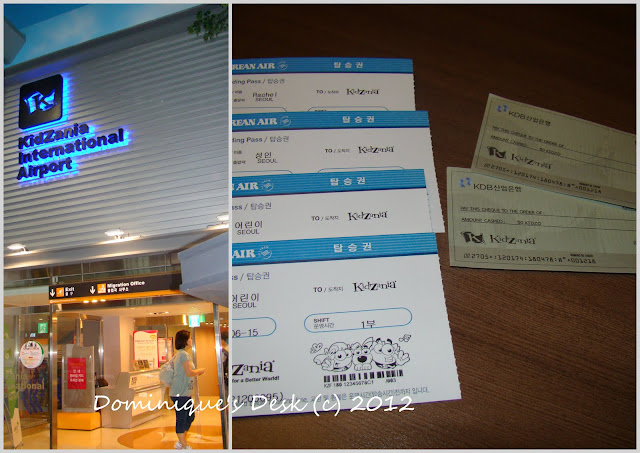 The entrance tickets were in the form of boarding passes for Korean Airline.  They had to “check-in” like the way we check in when we board an aeroplane. 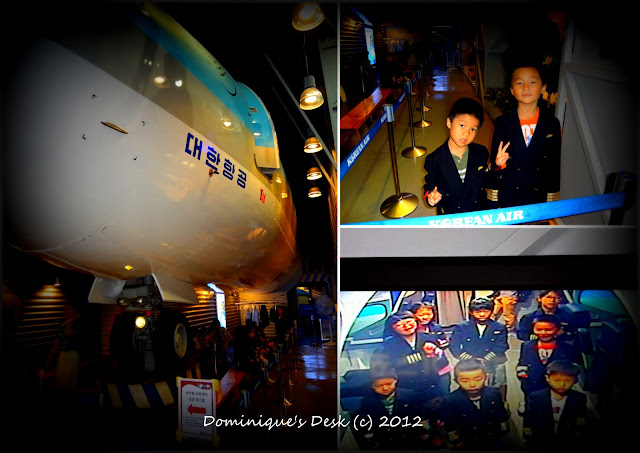 The first occupation which the boys tried out- Aeroplane pilots. They had to wait about 1/2 hr before it was their turn to enter the cockpit. There were limited number of slots per session and this was one of the popular  profession which the kids there wanted to try out. There was a steady queue for the sessions and the boys patiently waited for their turn at the waiting benches. 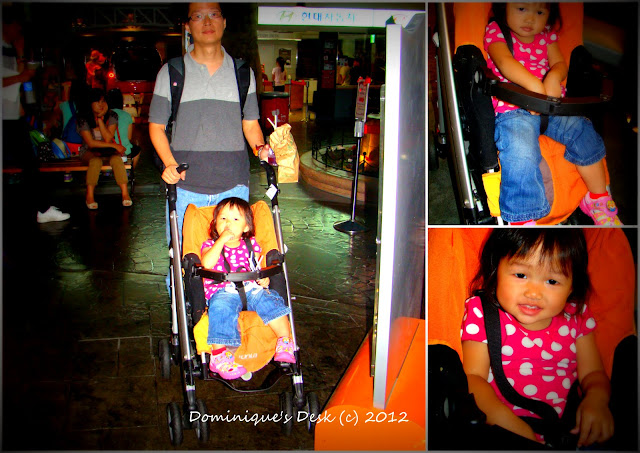 We rented a stroller for Tiger girl so she could sit/sleep in while waiting for her brothers  to try out the various professions. She was getting restless by midday so R took charge of the boys while I took her shopping. 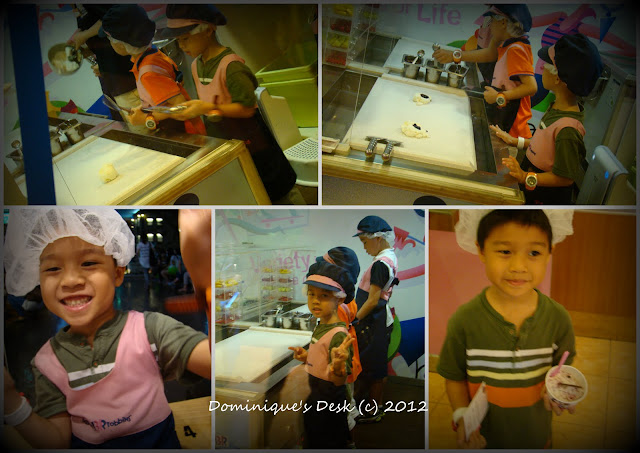 Monkey boy opted to work at Baskin Robbins. They were to mix and make their own ice-cream using the tools and ingredients given. He had fun making the ice-cream and more fun eating it. 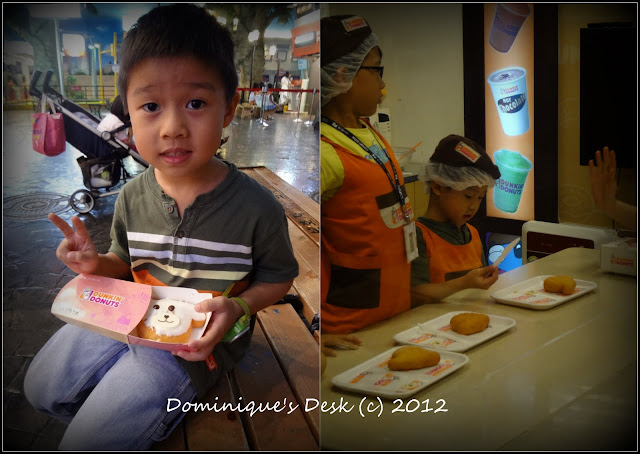 Monkey boy also tried out the process line at Dunkin Donuts. He decorated his own  Donut to look like a teddy bear. It looks too cute to be eaten. 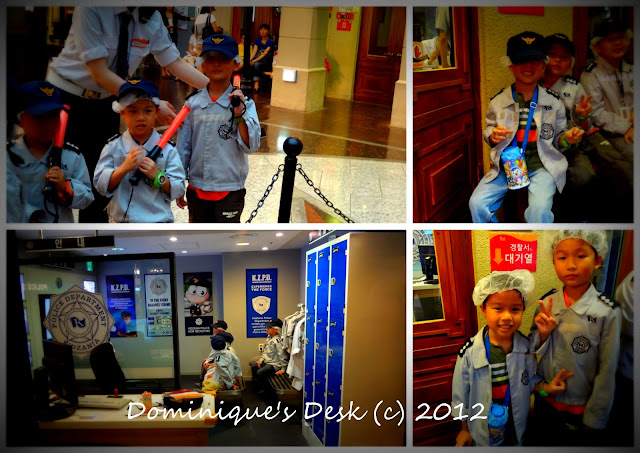 The boys also tried out being Policemen for the day. They were taken to the police station and given a briefing before being sent out on patrol of the streets at Kidzania. 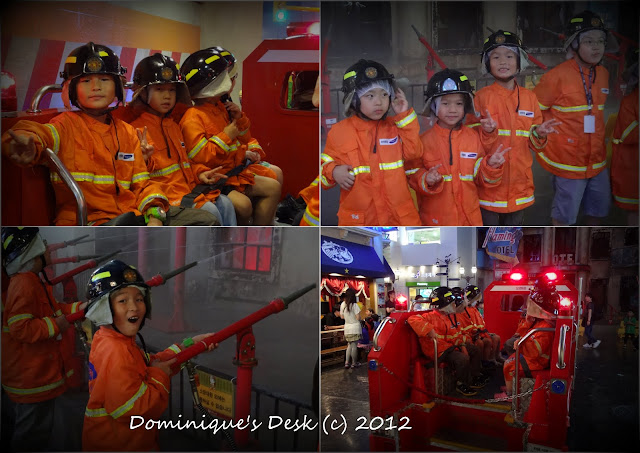 The boys also learned how to put out  a fire and get to travel around in a fire engine.  They really had a lot of fun last Friday and asked to go to Kidzania again if they have a chance. Kidzania will be built in  Singapore in 2014 so it will be a long time before they can visit the place on home soil. We may take them to the branch in Japan  next year if our holiday plans for Japan materialize next year.

Do they have a place like this where you live?