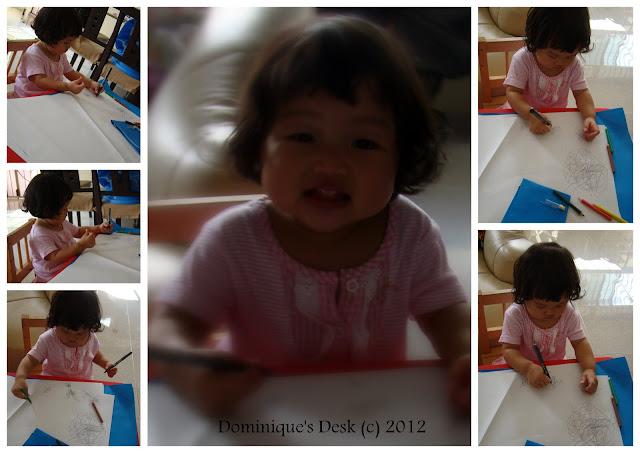 One, two , three or more languages? How do you expect your child to understand them all? Won’t the kid get confused?  I get puzzle looks whenever they hear me speaking to my kids as I can be speaking to them in English one moment then we may switch to Mandarin or Cantonese the next.  Believe me. My kids can understand me perfectly well be it speaking to them in whatever language I choose.

Teaching has always been my passion. Being an elementary school teacher I know how important it is for a child to get a head start in literacy.  Introduction to languages should be done as early as possible so that the child grows up surrounded by language making it easier for them to absorb.

For my three kids I have been introducing them to English, Mandarin and (spoken) Cantonese from birth as I want them to be able to know more about their mother tongue and Chinese heritage.   I believe that there is no right/wrong time to introduce a 2nd or 3rd language or even a fourth to a child. We do not practice a one person one language policy at home as everyone , including the extended family, is able to understand all 3 or even more languages. However at the moment I will limit it to 3 main languages and brief introductions to other languages that we come across. 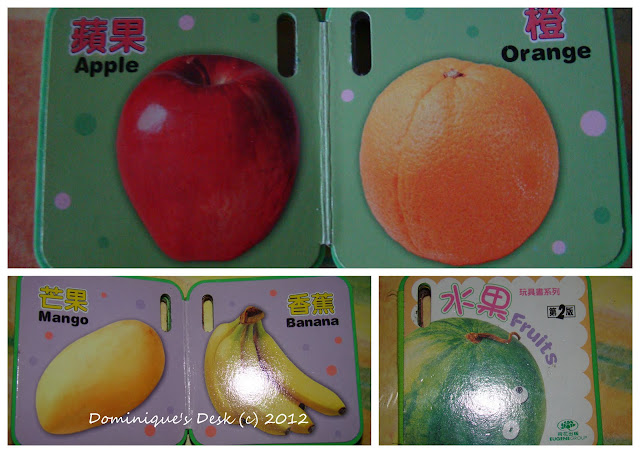 I go through the book this way.

Tiger girl at present is able to identify most of the fruits featured in that book. She is also able to call out apple and banana in both English and Mandarin. Even when we ask her to get the fruit in Cantonese she is able to follow the instructions given. She is able to differentiate between the 3 languages and answer accordingly.

I’m starting through word/picture recognition then gradually proceed to formation of simple sentences in the various  languages as she gets older.

Besides reading books to her we also play CDs in the different languages for her to listen to. At the moment she is in love with Korean Pop like her brothers. Even though none of them understand the meaning of the song in Korean but they like the tunes and beats. The kids are also more receptive to the Korean culture and traditions since being introduced to the language.

I belief in  laying a strong foundation in language  and giving a child a wide enough platform would prepare .

Are you raising a multilingual toddler too?

Is Lap Band Surgery For You? Writer’s Workshop: Only For Awhile