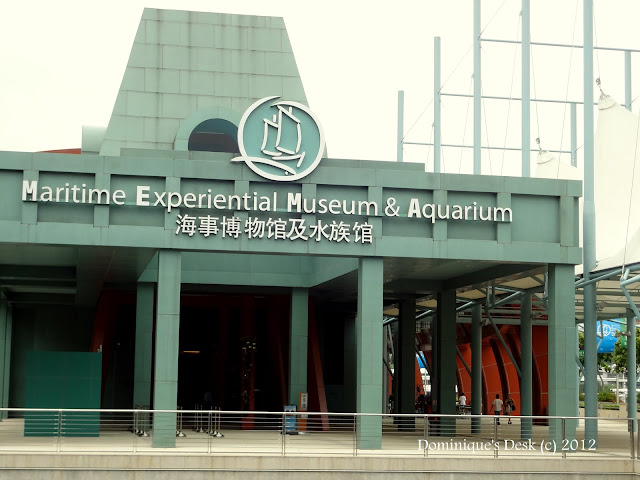 Last week during our trip to Sentosa we visited this place- The Maritime Experiential Museum & Aquarium. It was our first time visiting the museum and were  excited to see what activities the museum had for the kids as I heard that it was a kid-oriented museum. 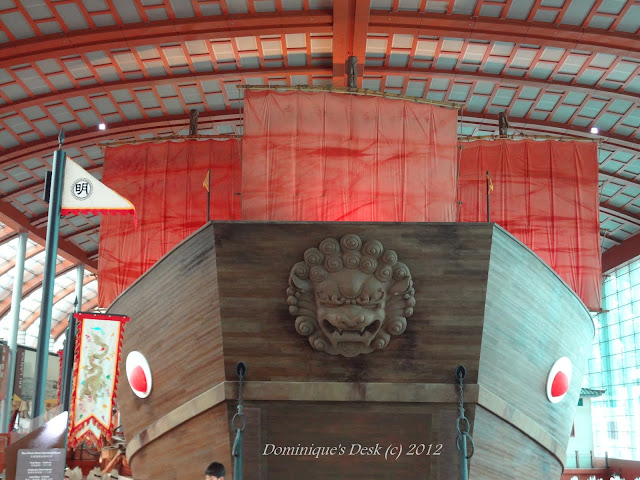 As we entered the museum we were greeted with this massive ship hull.  The ship was a replica of Admiral Zheng He’s ship which he traveled during his voyage  from China to the far west.  The crest on the center of the ship is a Chinese Guardian Lion which is suppose to protect the ship and it’s passengers. 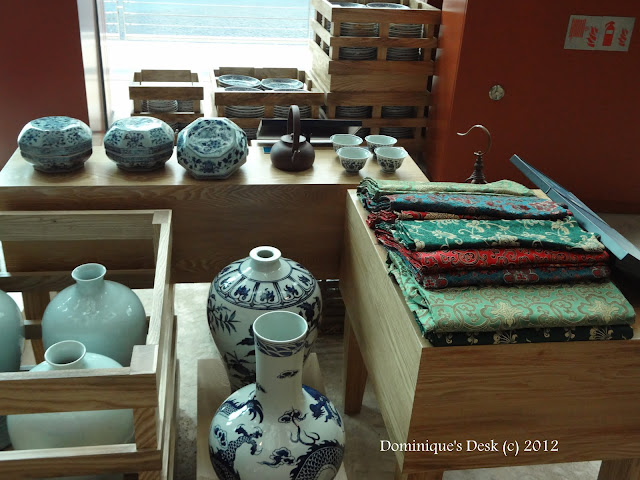 The journey begins in China where the ship stock up on silks and Chinese pottery which they would be selling/trading at the different ports of call. 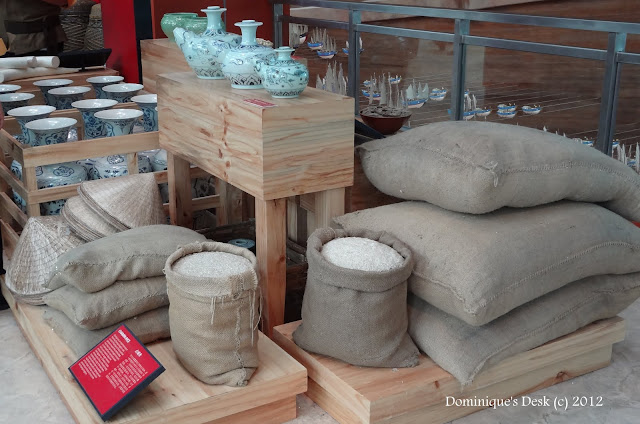 Rice is another commodity which was traded. It too with the China brought along on the ship was highly valued. Earthenware and vases too were among the traded commodities. 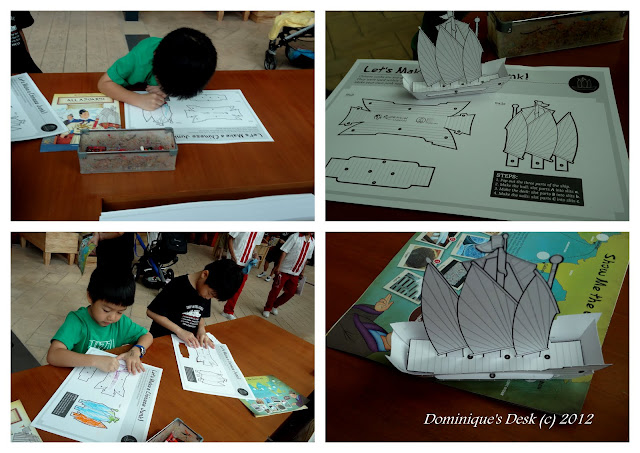 The boys making their own paper Chinese Junk.  Love these hands on activity stations which they have in the museum. The junk however wasn’t that easy to fold and the boys had to get some assistance to make their junks. 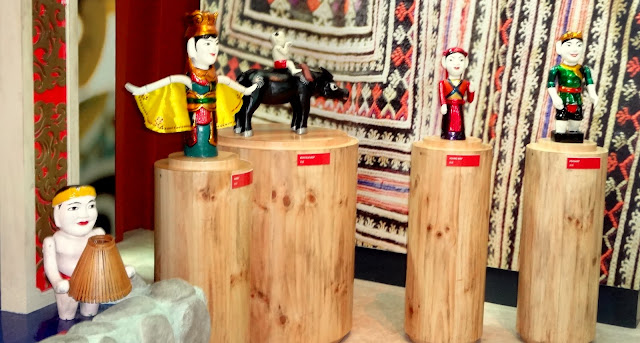 Wooden figurines made in Indonesia. The Indonesians are very famous for their carvings and here are some carvings depicting their traditional folklore with a batik tapestry in the background. 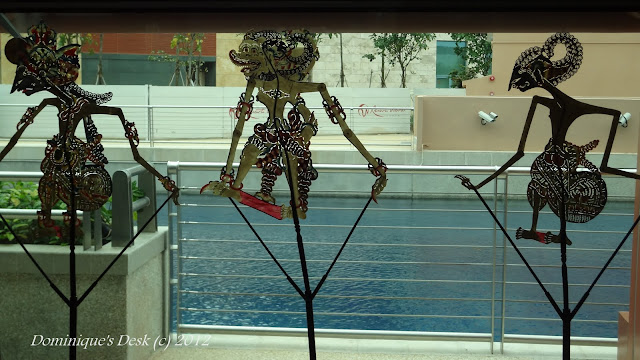 Wayang Kulit or more commonly known as Shadow puppets are commonly used to tell stories which are passed from one generation to another. 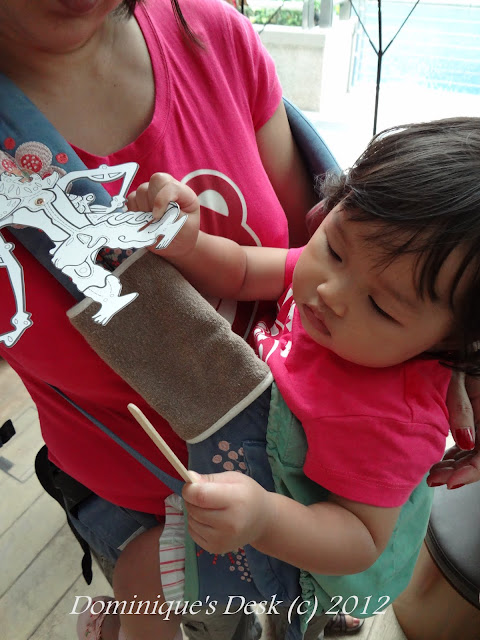 The kids were given cut out puppets to colour and play with. As you can see Tiger girl had different plans for the ice-cream stick which was used as the handle for the puppet. 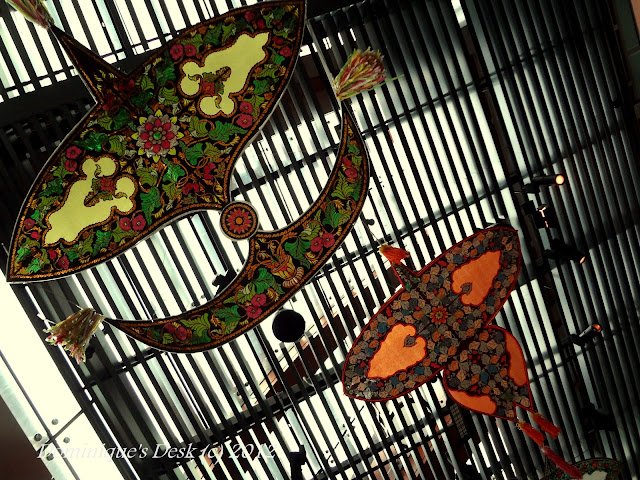 Traditional Indonesian kites used for kite flying (layang layang). I love the intrigued sewing and patterns on these kites. They must look magnificent soaring high up in the sky. 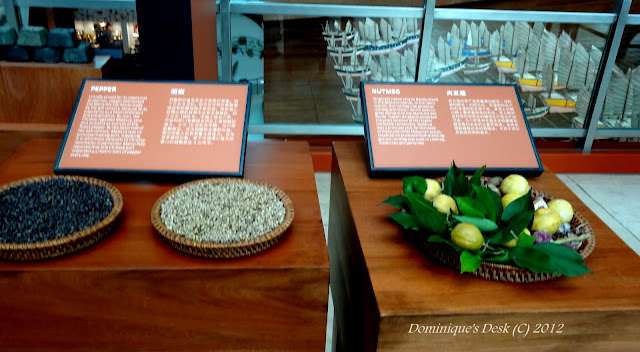 Spices  like pepper and nutmeg that are commonly used in Asian food were also found on board Admiral Zhang He’s fleet. 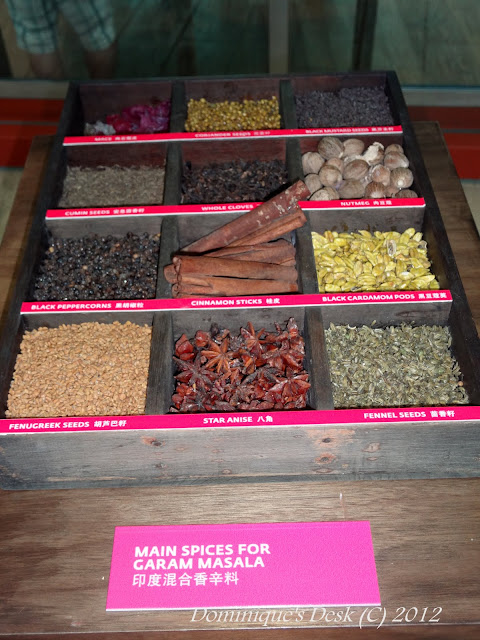 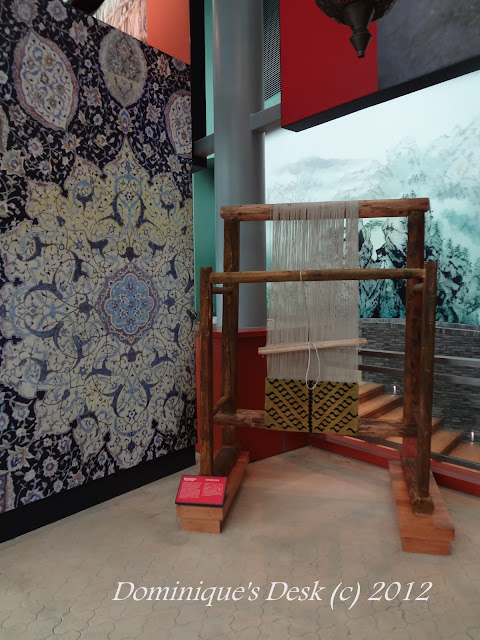 A loom used to make  Persian rugs and carpets. 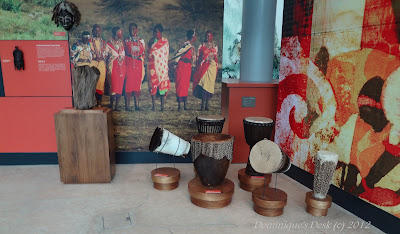 African drums made with animal skins.

It was a very educational trip for the boys and they learned a lot that afternoon about merchant routes and the origins of the various items like pottery, spices, instruments etc.

Is there a Maritime Experiential Museum & Aquarium  where you are?