On New Year’s Day we brought the boys to the Singapore Science Centre to view the Dinosaurs Alive exhibits. They have about 50 different dinosaurs at the exhibit for viewing. I have been wanting to bring them there with their dad and New Year’s day was the perfect opportunity for us. 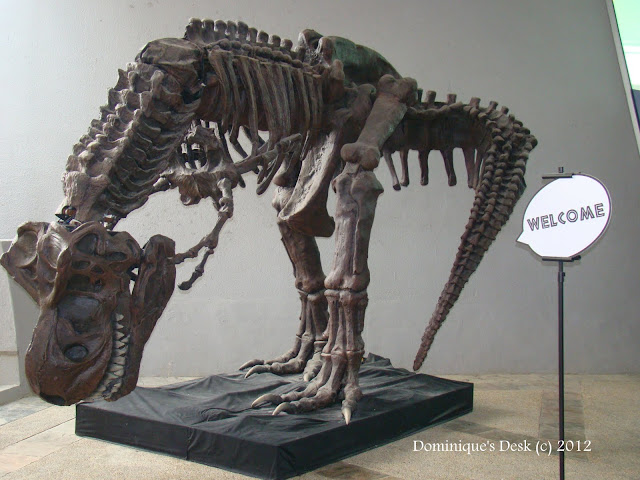 The dinosaur which welcomed us at the entrance. I love how they actually put the word “Welcome” next t it on a stand. 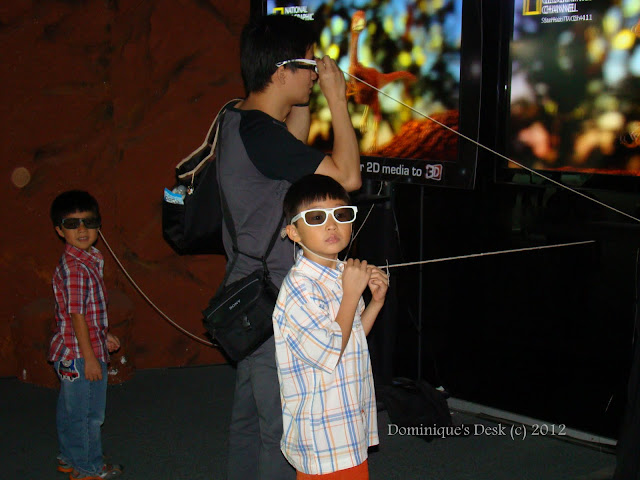 The boys checking out the 3D screens showing the Dinosaur show on the  National Geographic Channel on the TV screens.  The 3D effect was really cool but for the moment I’m sticking to 2D on the small screen for the kids as I’m not certain about whether there will be any detrimental effects due to long term usage of 3D glasses. 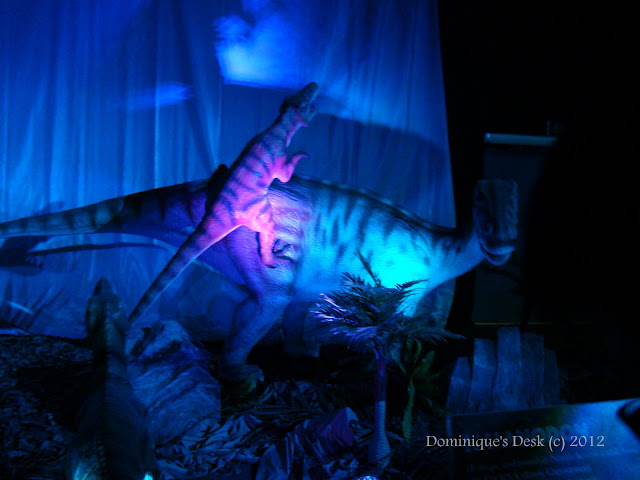 A baby  raptor scaling the back of it’s parent. 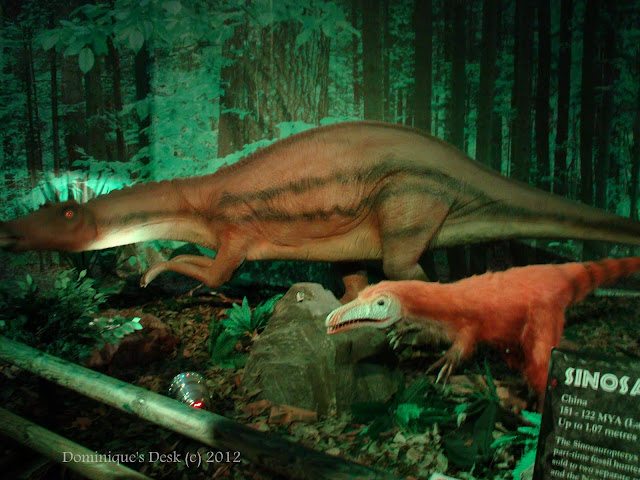 Other raptors on display. This one has a long beak like mouth. 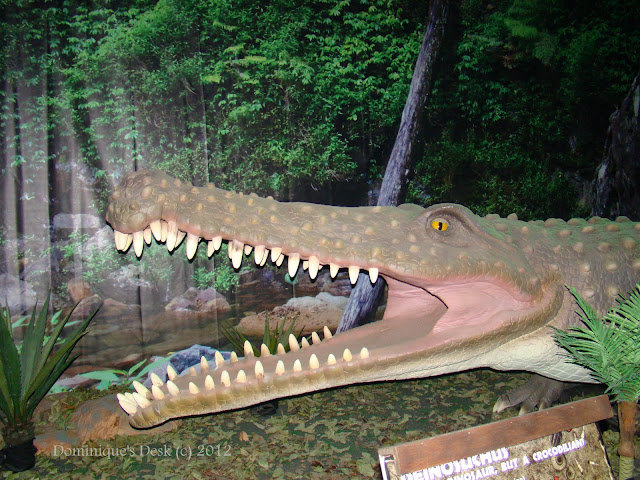 The first dinosaur which greeted us upon entering the exhibition. 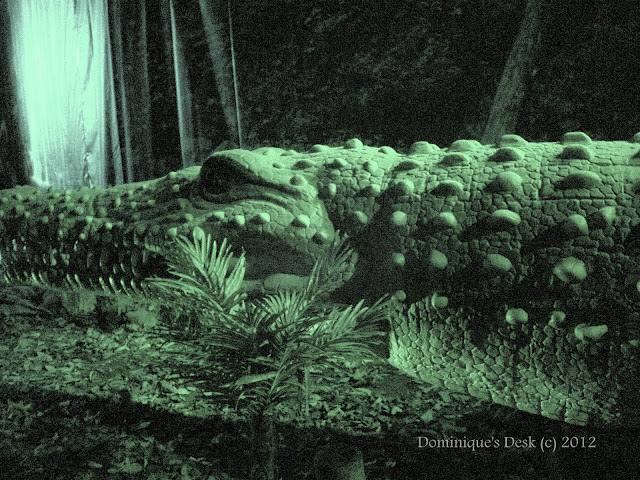 It looks more impressive when shot under Night vision settings. 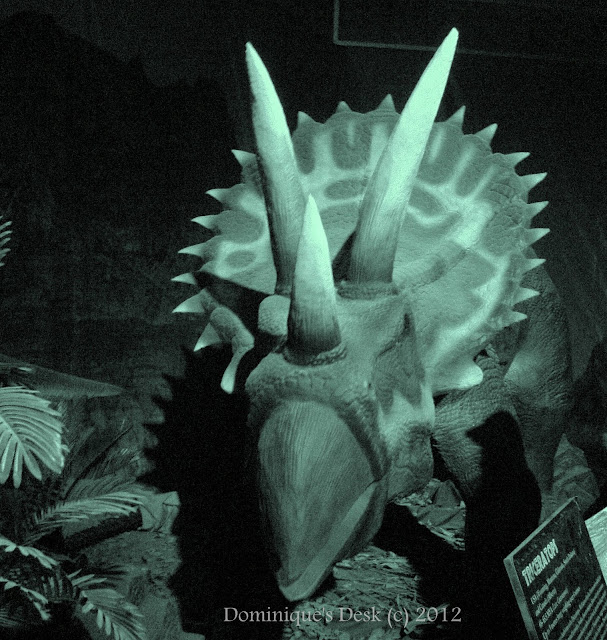 Another impressive looking dinosaur taken with the Night Vision mode on. 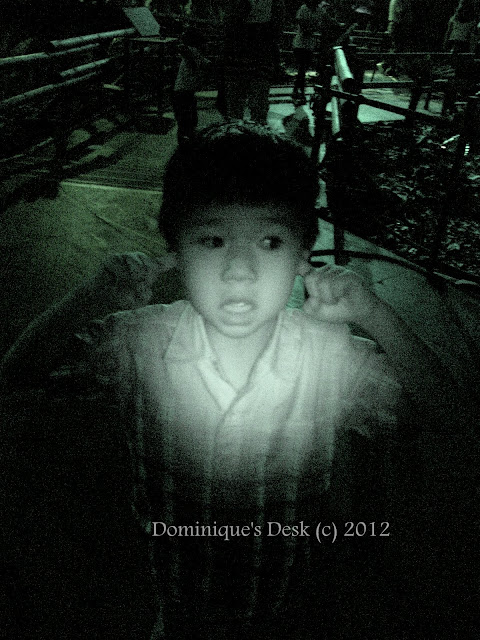 Even though the Doggie boy knew that they were mechanical dinosaurs and the growlings were just sounds coming from the sound system the “loudness” of the dinosaurs really disturbed him.

I guess that probably he won’t fancy going to rock concerts of discos when he grows up as he doesn’t like loud noises and they frighten him.