We are finally back from our short vacation in Bali. The scenery there was simply breathtaking.  We had a rather relaxing holiday as I didn’t pack too many place to visit into our itinerary. In fact I only planned on which places to visit after we touched down and checked into the hotel. 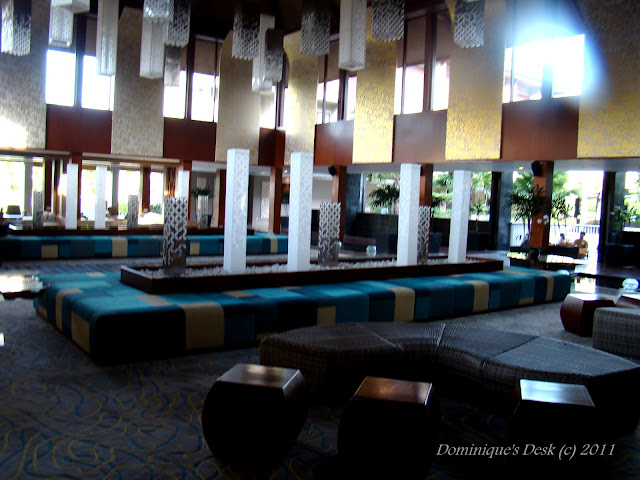 Doesn’t it look very inviting. We were treated to the soft tones of traditional Balinese music when we arrived in the lobby to check in. 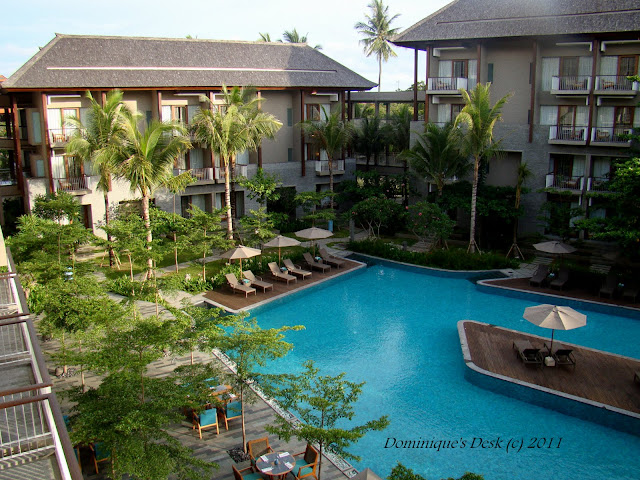 The view from the hotel room was stunning.

The balcony overlooked the pool and the boys couldn’t wait to hit the water after we unpacked their swim gear from the luggage. 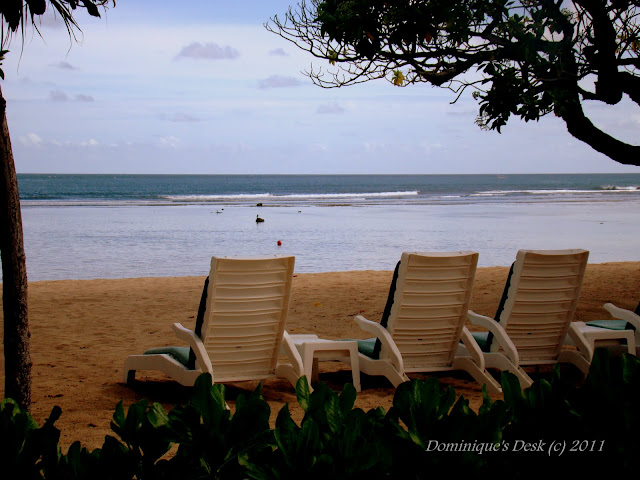 If you think that the view of the pool was great you should check out the Nusa Dua Beach which was a stone’s throw from the hotel. 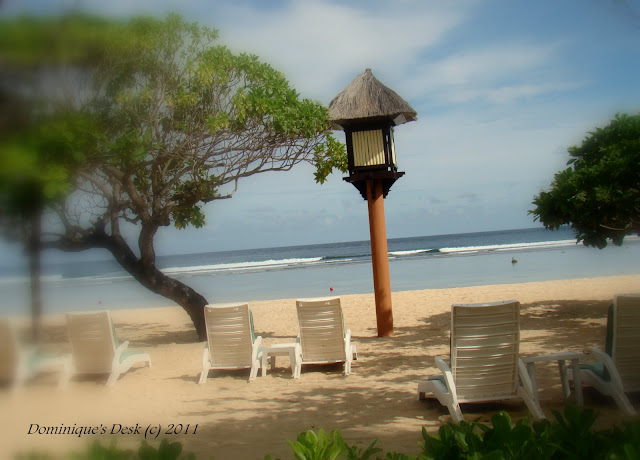 There were deck chairs lining various portions of the sandy beach and they were certainly very inviting despite the heat. 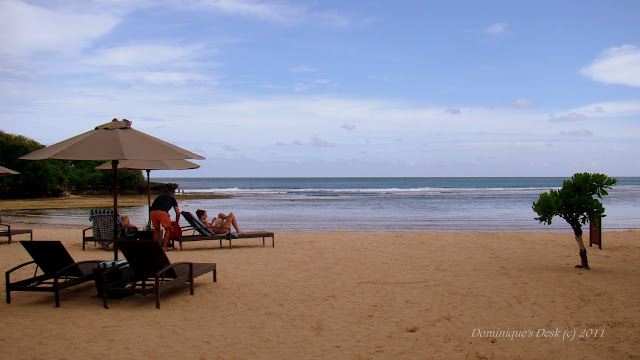 The section of the beach which we settled down for a relaxing time when we re-visited the beach to view the sunset. 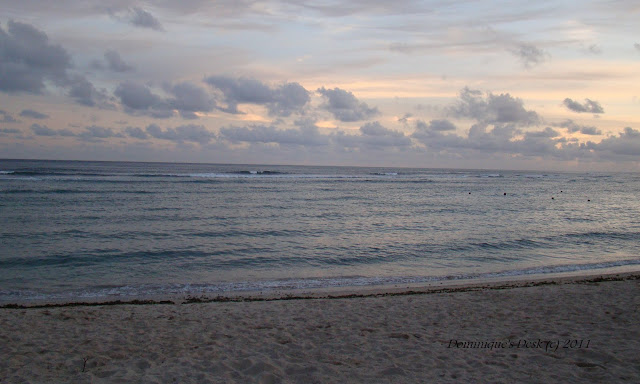 The beach at sunset.  I love the change in the colour of the sky during this period of the day. 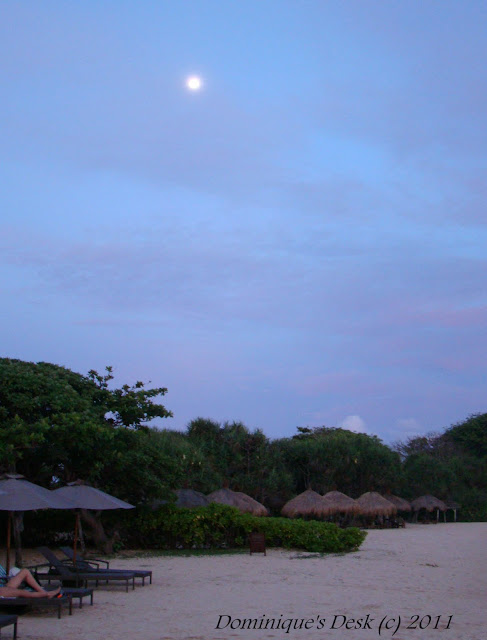 We even managed to catch the moon rising while the sun was setting at the beach. Cool isn’t it!! 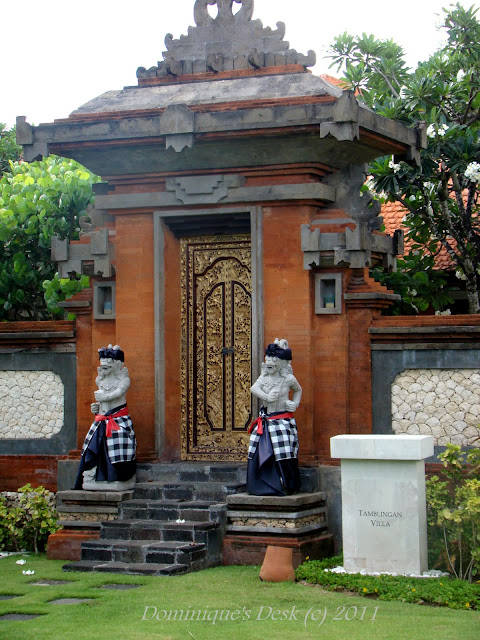 There were some lovely beachside villas @ Grand Hyatt hotel which were occupied by the diplomats who were attending a congress being held at the convention centre in Nusa Dua. I love how grand the entrances to these 2-3 room villa with and exclusive private pool looks like.  Unfortunately staying in such a villa in Bali is really beyond our budget. 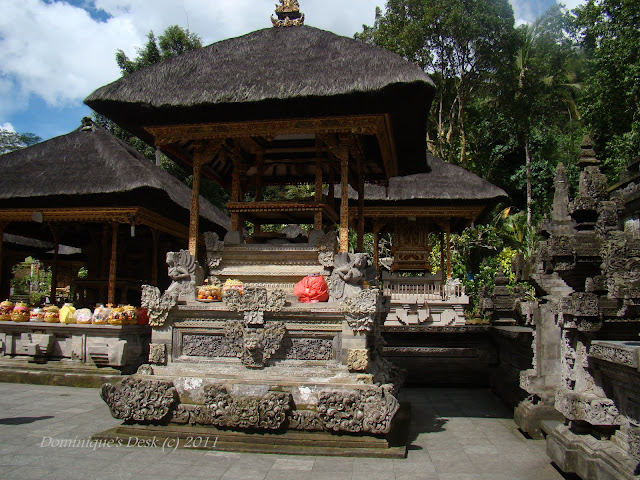 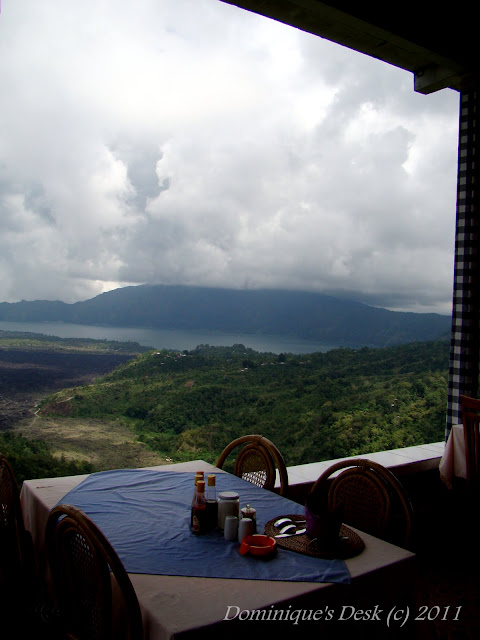 The view from the restaurant we at while at Kintamani.

You can see Mount Batur in the background.